One man’s move from Cleveland to Los Angeles has opened a window of possibilities for about 200 others.  LeBron James and the Cavs can no longer crush the dreams of other stars in the Eastern Conference, and after eight seasons we will finally see someone else make it out of this half of the bracket.  It will be fun to see which teams fight successfully to fill the void.

Spencer:  I’m really high on the Raptors this year.  New coach Nick Nurse has something to prove. They replaced DeMar “Costco Kobe” DeRozen with possibly the best two-way player in the league in Kawhi Leonard.  They have defenders at every position and great scoring options. It’s hard to find a weakness for this team. Over.

Sean: Over. Toronto used to lack talent at the wing position. Used to.

The Raptors added Kawhi and gunner Danny Green in the off-season, and brought back OG Anunoby – a second-year player out of Indiana University who shot 37.1 percent from 3-point range as a rookie. In addition to being a threat from 3, Anunoby will also be a key cog defensively.

Marvin: Over. Toronto seems ready to take the next step and make a good run in the playoffs. A player to look out for to make an impact would be Danny Green. He seems more refreshed this year and ready to do what he does best at a high level, which is defending and hitting that three ball.

Sean: Over. The Celtics are deep, stout defensively and boast one of the best coaches in the game in Brad Stevens.

Spencer:  The Celtics’ record matters less than the playoff seed they will get in the Eastern Conference.  Since the East is so bad the conference’s first-place team might end right around 58 wins.  This team is stacked but the win total is a tough call. Over, but it will be too close to put loads of money on it.

Marvin: Over: Looking for the Celtics to really put it together this year. I expect their chemistry to grow as they acclimate Gordon Hayward into the lineup. Their depth is scary and their coaching should get them to the ‘ship.

Sean: Over. I think this is a lock as long as Joel Embiid stays healthy.

Spencer:  The 76ers’ offseason was stagnant due to not having a general manager.  All eyes will be on this team to make a big step forward, but they might not actually have the personnel for one.  Two more wins is not a “big” step forward, however, and I’ll take a soft under.

Marvin: Over. Anxious to see this team mature. How much of a factor will Markelle Fultz play this year? Can he gain the trust of his team/coach?

Spencer:  On paper, this team has more talent than teams like the Bobcats, Knicks, Nets or Bulls.  The problem is the roster construction. The Cavs have a lot of shot takers and finishers, but just lost one of the best passers and facilitators in the league.  Nevertheless, because this team is in the East and will actually be trying:  Over.

Sean: Over. Because they’re in the Eastern Conference. I guess Vegas sees the departure of a top-3 player in league history as a negative.

Marvin: Over. Talented roster. Can they keep this team together, or will their focus be more on the future by mid–season?

Sean: Over. This is one of the toughest over/unders for me. Eastern Conference: Check. Good coach: Check. A really solid player in Victor Oladipo: Check. Rest of team: Question mark.

Spencer:  Oladipo and the Pacers surprised everyone last year with a 48–win season and challenging LeBron’s Cavaliers in a seven-game playoff series.  The team’s biggest need this offseason was three-point shooting. We saw several times in the series against the Cavs, Oladipo getting double–teamed or getting blitzed in a pick–and–roll with no open shooter to pass to.  The Pacers responded by signing Tyreke Evans and Doug McDermott.  This will be sufficient for the regular season but probably not for the playoffs. Over.

Marvin: Over. This team looks hungry. The Pacers have all the pieces necessary to win games in the East. Overall, this team seems to gel really well together with a mixture of veterans and some good young talent.

Sean: Over. Easily. While Miami is by no means a juggernaut, they are one of the smarter and more consistent organizations in the league. But Jimmy Butler rumors hover over the team, and the roster is compelling – yet not necessarily exciting. And, say it with me, now, “they’re in the Eastern Conference!”

Spencer: Pat Riley refuses to tank and they have enough average players to consistently beat the bad teams in the league.  Over.

Marvin: Over. Coaching and management over talent in this scenario. I would love to see Pat Riley works his magic before the trade deadline. They are a playoff team, but won’t make it far.

Sean: Over. Giannis Antetokounmpo is amazing.

Marvin: Over. Giannis is the new King of the East.

Spencer:  Everyone knows Antetokounmpo is amazing and will somehow keep getting better.  New coach Mike Budenholzer proved to be a very solid coach with a strength at player development in Atlanta.  The big question is whether or not the role players will step up.  Tony Snell had a disappointing season and will need to be a more consistent shooter to compliment Antetokounmpo.  Will John Henson and Malcolm Brogdon take a step forward?   Can Eric Bledsoe recover from being shook by Terry Rozier in last season’s playoffs?  Under.

Spencer:  Of all 30 teams, this team talks the most shit relative to how little they actually accomplish.  They have never overachieved nor even met their full potential. Some Wizards players had issues with their center from last season, Marcin Gortat. And the team replaced him with Dwight Howard, a guy who has made a career out of ruining his team’s chemistry.  Austin Rivers is unlikely to help this issue, and I’d put a lot of money on coach Scott Brooks getting canned before the end of his third season with the team.  Under.

Sean: Under. Barely. A lot of talent on the team, but chemistry issues have been tangible for a while, and the addition of Howard presents the risk of self-combustion.

Marvin: Under. This team has a lot of talent though.

Sean: Under. The roster is underwhelming. Will Blake Griffin avoid missing extended time?

Spencer:  This team is so boring.  But as of now, there’s no reason for them to be worse than last season.  Coach Dwane Casey was famously an excellent regular season coach and infamously a terrible playoff coach in Toronto.  He’ll get them over 38 wins and into either the 7th or 8th playoff spot for a first-round exit.

Sean: Under. Poor depth. But Kemba Walker is amazing and I’m very interested to see how MIles Bridges performs.

Spencer:  Over, bro!  Kemba Walker, possibly the most underrated player in the league, is in the final season of his contract and will be gunning for his last chance at big money.  Coach James Borrego, a longtime mentee to Gregg Popovich, will be implementing a modern pace–and–space offense and better team defense.  What more could you ask for from such an average team? Over 35.5 wins but may not make the playoffs.

Marvin: Under. Kemba is on fire! But that won’t be enough to carry the team to 36 wins.

Sean: Under. The team only managed 29 wins last season, and Kristaps Porzingis played 48 games. With New York’s star center likely to play fewer games this season after suffering a torn ACL in February, it’s hard to see how the Knicks clear 30 wins.

Spencer:  This team will certainly be tanking.  The Knicks may even sit Porzingis out the entire season to ensure a successful tank.  Under.

Marvin: Under. Who are the the Knicks gunning for next off-season? That will be more interesting than their actual season this year.

Marvin: The big question: Did the Nets make enough improvements over the off–season to jump four wins? That’s gonna be a no for me dawg. Under.

Sean: Under. I could see the Nets winning more than the 28 games they won last season, but they simply lack the talent necessary to climb much further.

Spencer:  Over, but just to be different.

Sean: Over. The Bulls are not contenders but do sport an interesting collection of offensive talent. Jabari Parker, Lauri Markkanen and Zach Lavine are all solid offensive options, Justin Holiday is a legitimate threat from 3, and Bobby Portis should continue to develop his overall game. Add in the team’s first-round pick, Wendell Carter Jr., and you have a very intriguing roster – at least on offense. Robin Lopez should be a steadying presence on defense, but the team will definitely struggle to contain opposing offenses. That all being said, Chicago has an excellent chance of clearing 30 wins.

Spencer:  With the offensive talent they have, the Bulls could easily win over 30 games.  However, it’s hard to tell if they will actually want to. Markkanen is out for the first 6-8 weeks due to injury.  If the team is off to a rough start without him, then it won’t be surprising if they continue to lose on purpose. Under.

Marvin: Under. The Bulls have put together a team that can go out and try to outscore you every night. Defense is gonna be the main issue and the reason why they won’t reach that magical number 30.

Spencer:  Frank Vogel was supposed to be the coach that picked up the pieces and made the most of all the talent on this roster.  Now, after two seasons with Vogel as head coach, the team’s Vegas win-total has gotten worse. Their new coach, Steve Clifford, has the same expectations.  Orlando’s youth, athleticism, and lankiness is fun to daydream about, but their actual developed talent is still so weak – not to mention their gaping hole at the point guard position.  The Magic might benefit the most from the new draft lottery rules. Under.

Sean: Under. Orlando has a logjam at the center and power forward positions, and some of the worst guard depth – and top-end talent – in the NBA.

Marvin: Under. The Magic’s roster seems like they have a bunch of good role players coupled with some role–playing veterans. It just doesn’t make sense.

Spencer:  This team is actively trying to lose.  They’ll be aiming for the worst record in the league and could easily get it.  Expect them to let rookie point guard Trae Young chuck as many 40–footers and make as many risky passes as he desires. There will be many highlights and many L’s.  Under.

Sean: Under. The over/under for the Hawks is low enough to give me some degree of pause, but the team lacks talent and experience. First-year head coach Lloyd Pierce certainly has his work cut out for him.

Marvin: Under. The team got younger over the off–season. But I’m still very interested to see how good of a rookie season Trae Young will have. 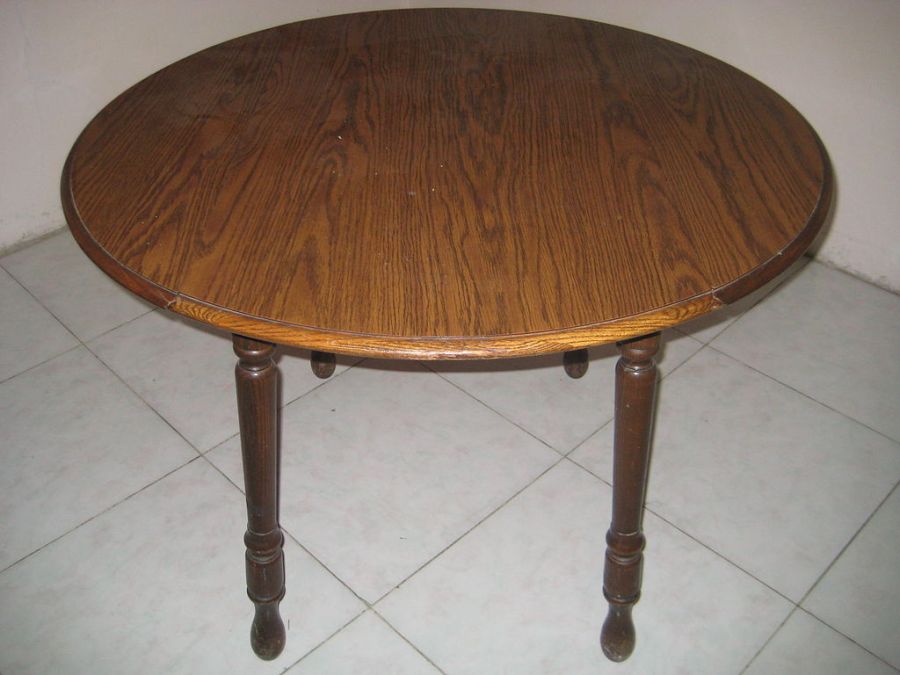