Not super important but is there something we call ourselves here at Planet FOMO?  Like, are we FOMites or FOMOteers or…Planeteers?  FOMers?  I wasn’t sure.  Leave me a comment so that myself and the admins can know what you wanna be called.  Otherwise I’ll just treat you all like my cats and give you a bajillion nicknames, my dear sweet horchata drops.

So, another month down, eh?  How you all holding up?

Me?  I’m good.  As you all know from my last post, I’m taking the CA Bar Exam again (wheee).  And let me tell you, it is just round the clock fun.  I’m learning so much about myself^.  It’s a veritable experiment in embracing ambiguity and accepting those parts of yourself that are tender and vulnerable*.  A classic example of the battle between ennui and necessity**.  Which is every day of my life but hopefully not yours, you adorable widdle chunks of chocolate atop pizza slices.

So yeah.  Embracing what is tender and vulnerable:

If y’all know anything about me by now you would know that I am not just a shallow, superficial vessel where Goddess dumped all those undesirable characteristics like charm, beauty, grace, and a sense of humor that would put a Ginsu knife to shame.  I also have a lot of feelings.  Tender feelings.  Emotions that are deep and profound but, when shown to the world, just get trampled on and stomped out.

So I cover them up behind my wicked wit or an intense muay thai session where I make a punching bag my (consenting!) biatch.  But they are there.  And they sometimes look like what I painted above.  Kind of soft and pastel-y but hard to put on paper, so it kind of looks dragged on–like at any moment I would drop the brush and run screaming in the opposite direction.

^This sounds like #sarcasm–and it could very well be my friends–but it’s not.
*I cry almost every day.
**Most of the stuff is okay but for the most part my soul dies a little for how mind-numbing it can be.

My scanned version of this didn’t pick up the brush strokes in red and I really wanted to share those with you because I’m not just an emotional person–I also all about textures and levels.

I painted this shortly after I got back from Thailand.  I was feeling rich, vibrant colors.  I was also feeling explosive.  Do you ever feel like that, FOMOteers?  Like you’ve got this whole universe of thoughts, emotions, and alternate lives inside you that you wish you could get out–but it just simmers underneath the surface?  I suppose this painting is what that looks like for me.  If I could be anything, it would be something like this: a balance between smoldering, bursting, fiery eruption and the cooling, calming water that hardens the lava and makes way for new lands.

I have such big aspirations.

On a more serious note, I went for a walk on the beach yesterday.  It was gorgeous and I just couldn’t spend the time cooped up in my home letting my eyes cross over real property freehold estates one more minute.  So, after a desperate text to my mentor, who responded by calling me and seeing through all my b.s., told me that I was to take the next 48 hours and do what makes me, me.  So I did that.  One of those things was going to the shore and just looking at the water, searching the sands for sea glass, and walking until my feet ached.

On my walk I came across a sting ray.  It was dead.  It’s eyes had been pecked out and bits of it’s fin had been ripped away.  And, let me tell you something, FOMites, it made me sad.  Yeah, I know all that stuff about how “it’s the way of nature,” and “such is life,” and yadda yadda yadda.  But really?  All we know is our experience.  And a lot of the time we project our fears and insecurities on external things that have nothing to do with us.  So when I saw this poor dead sting ray I saw all those parts of myself that have taken a beating and for a moment I didn’t know which of us was luckier–me or the sting ray.

So I did the only thing I could do: sob for the lost life and push the sting ray close to the water’s edge to be carried away by the tide.  I know that it was dead and I know that something else would gobble it up.  But if I was that sting ray, I would rather decay in the water where I lived my whole life than be pecked apart on the sand, my carcass baked by the mid-morning sun.

I walked a little more and thought about Sedna, the Indigenous goddess of the sea.  Cliff Notes version: Sedna’s father married her off to a monster who lived on an island.  After much begging and pleading he came to rescue her.  As they made their get away, the monster awoke and chased after them.  Sedna was knocked off the canoe and held on for dear life.  And her dad, to save himself, cut off her fingers.  Sedna fell into the sea and died.

Which…you know…fucking sucks.  But there’s a lesson in this story because Sedna ultimately became an ocean goddess.  And those fingers that were chopped off in an ultimate act of betrayal and heartbreak became the creatures of the sea.  And regardless of what you believe or where you stand on spirituality or what have you, I hope that the moral of the story stays with you:

That from the most wrenching heartache and betrayal most profound–your power exists.  Underneath all those terrible things that have happened to you is a bad ass who has survived it all.  All you need to do is reach down, take that bad ass’s hand, pull them up and say, “Hey.  You’re a little bruised and could use a shower to wash the grime of battle of yourself–but I see you. And thank you for getting me through this.” 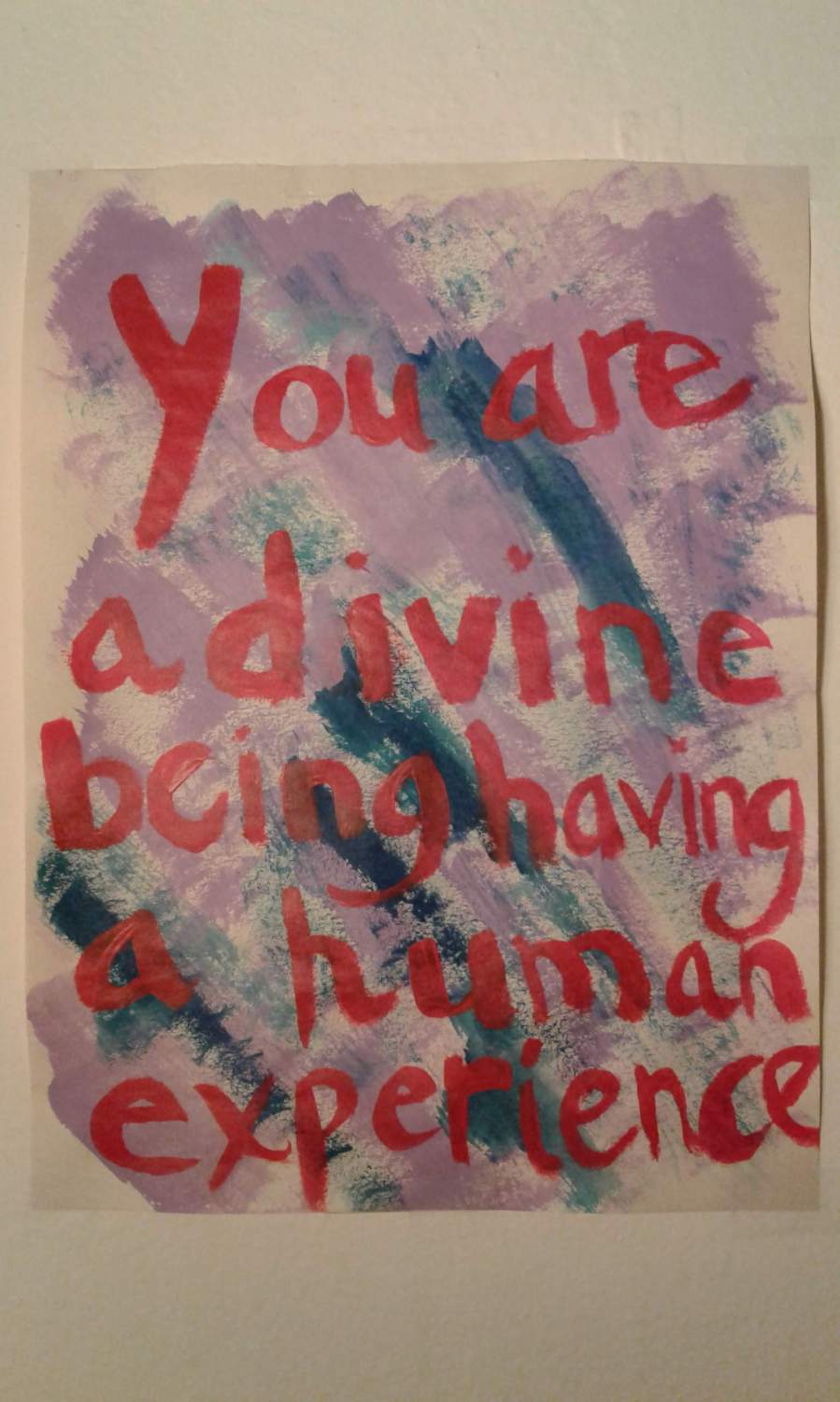